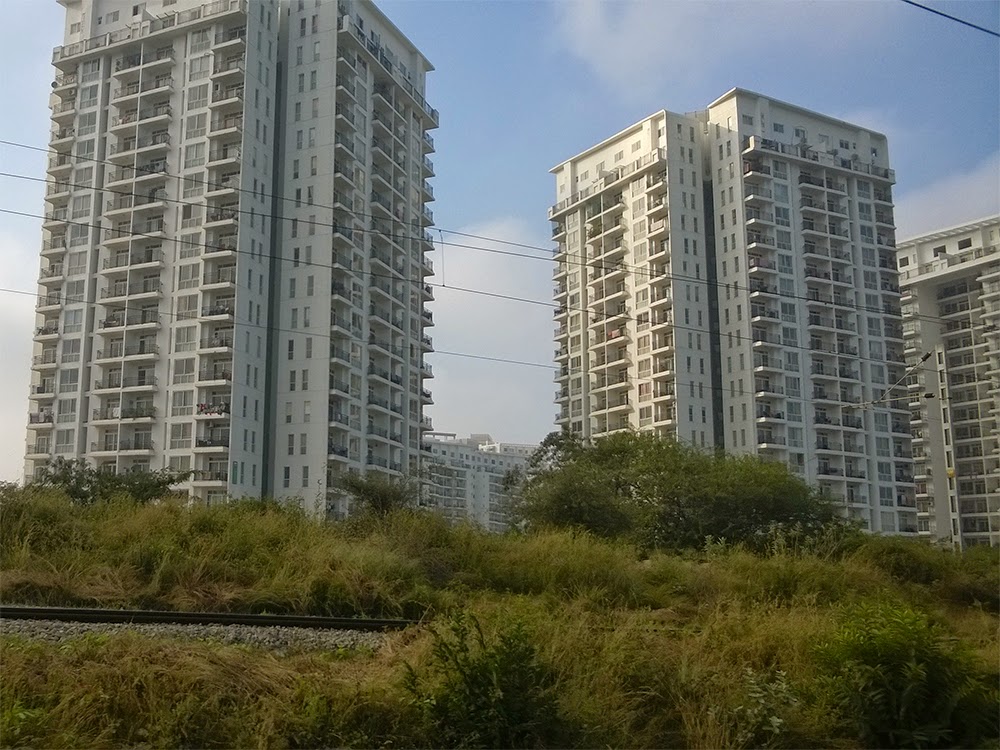 Going to Ambur had multiple reasons for me. If you are someone who likes good food and shopping, Ambur is a place you must give a shot (or at least that’s what I was told 😉) 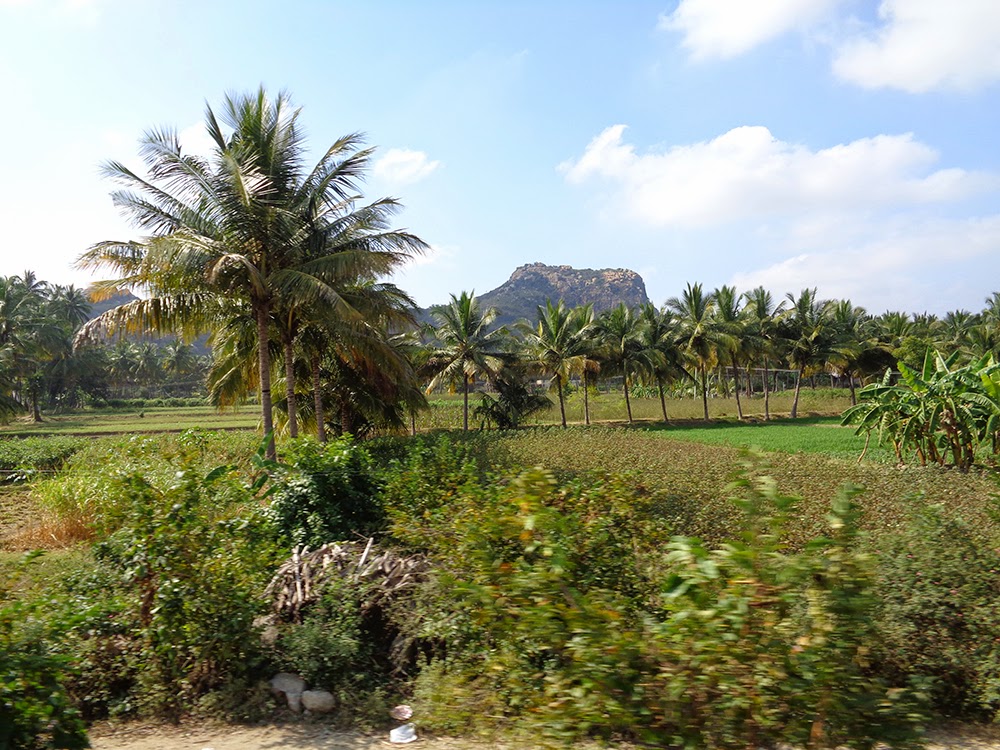 Situated on the NH46 and almost equidistant from Bangalore and Chennai, Ambur is also known as the ‘leather town’, thanks to the multiple stores selling all-things-leather but predominantly shoes. In addition to my love for good food and shopping, the third reason for travel was the craving of sitting in a train! I mean its been years since I boarded one and it was about time. 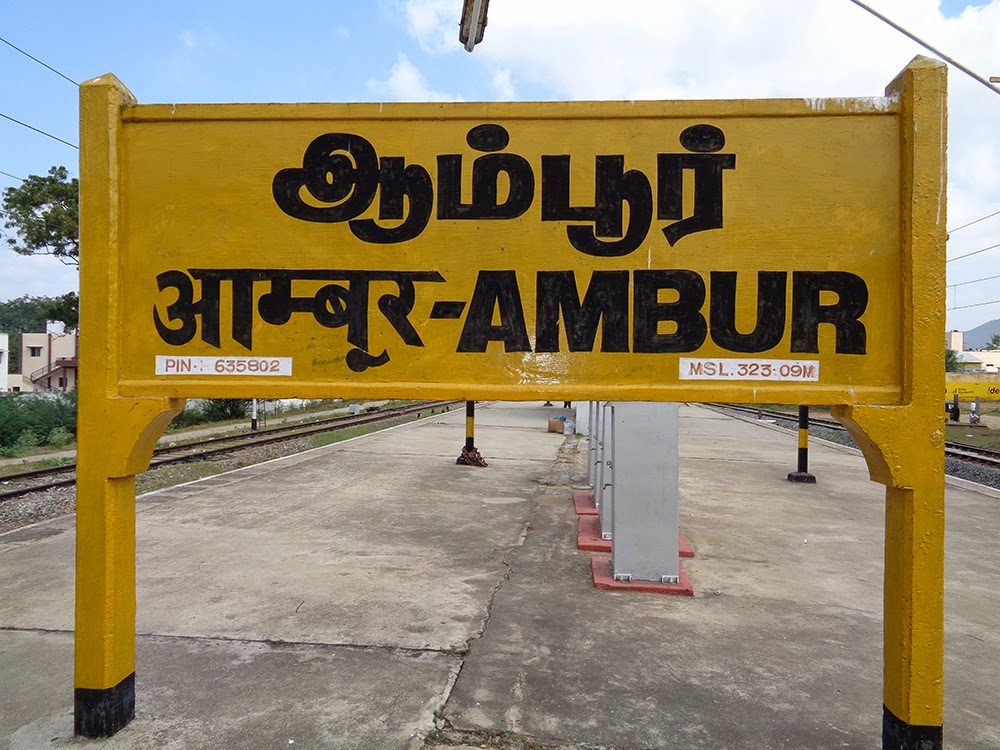 So Chennai Express it was at 8:12 AM from the Bangalore Cantonment station. I reached before time hoping to have some stuff at ‘The Bakery World’ but I guess I was too early since it was yet to open. On a side note, there are multiple trains to Ambur and even more buses as every Bangalore-Chennai bus will find Ambur on the way. 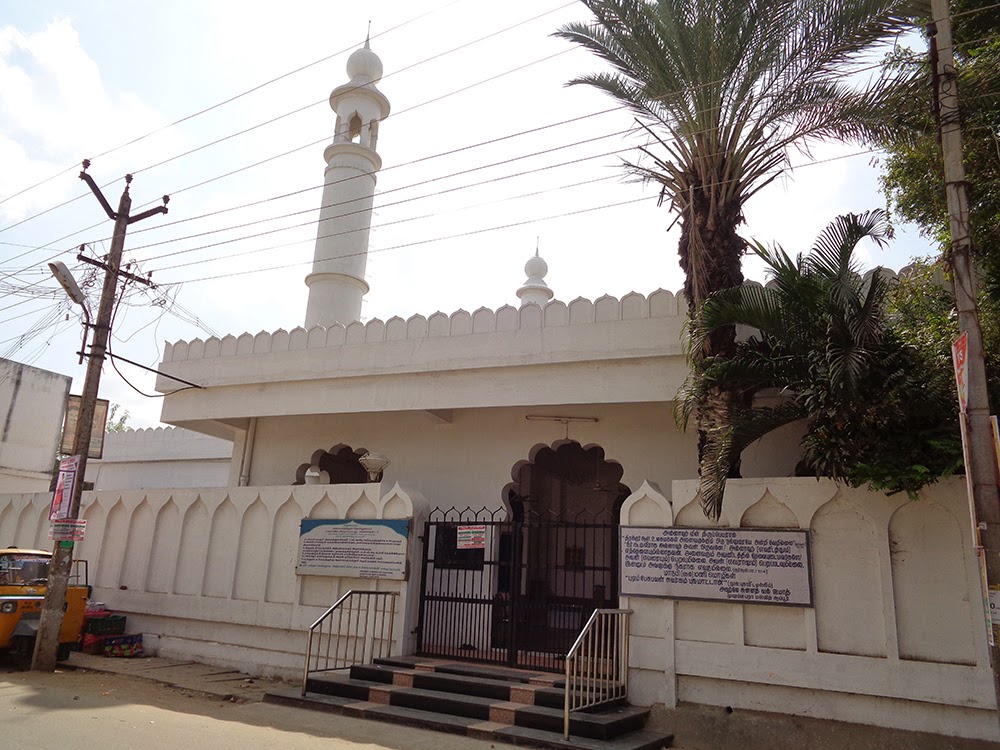 Moving ahead with Chennai Express, after passing through the backyards of some tall residential buildings and IT parks, few local Bangalore stations, heavy traffic laden parallel roads (thanks to the first Monday of new year when every IT employee returns from vacation) and few stupid ads on the mounted TV sets in the compartment, my real journey finally began. And by the real journey, I mean being able to see greenery, farms, mountains and the signature South Indian coconut trees as far as the eyes could see. No points for guessing that I had opted for a window seat both ways. 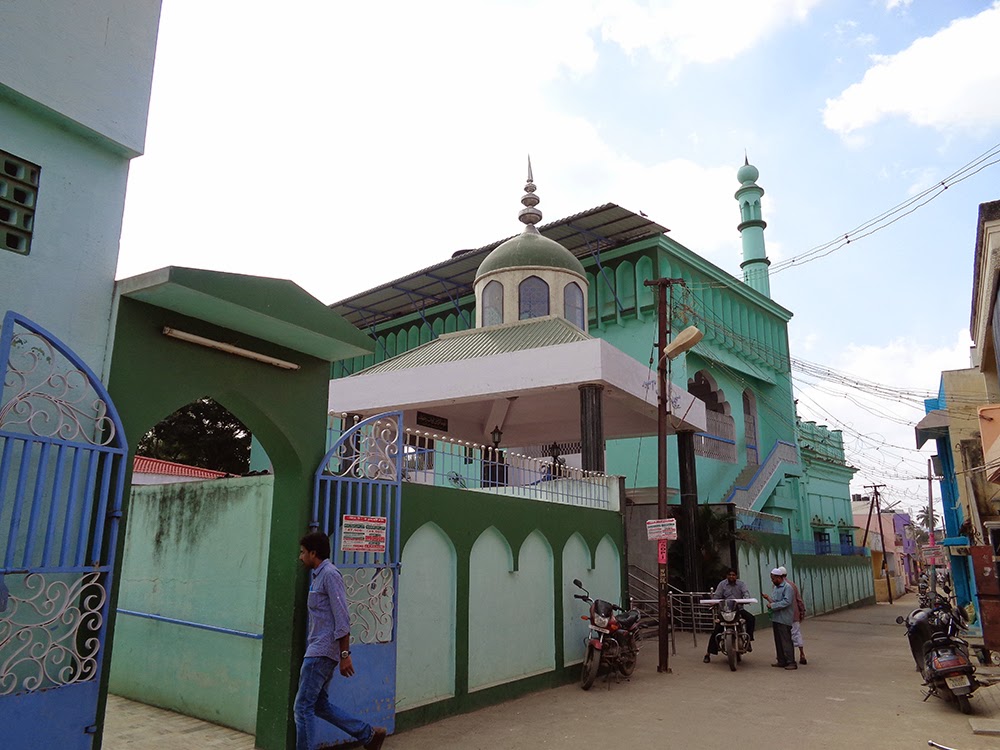 And then I reached Ambur after spending about 4 hours on the train as it was an hour late. Ambur sports a surprisingly very clean railway station. I was one of the very few who got down there and I went straight to a guy selling tea to inquire about the famous Ambur Star Biryani. Once out of the railway station, you are already on the NH46 and you can see a couple of ‘original’ Star Biryani outlets. Since I wasn’t that hungry yet I thought about taking a quick stroll around. 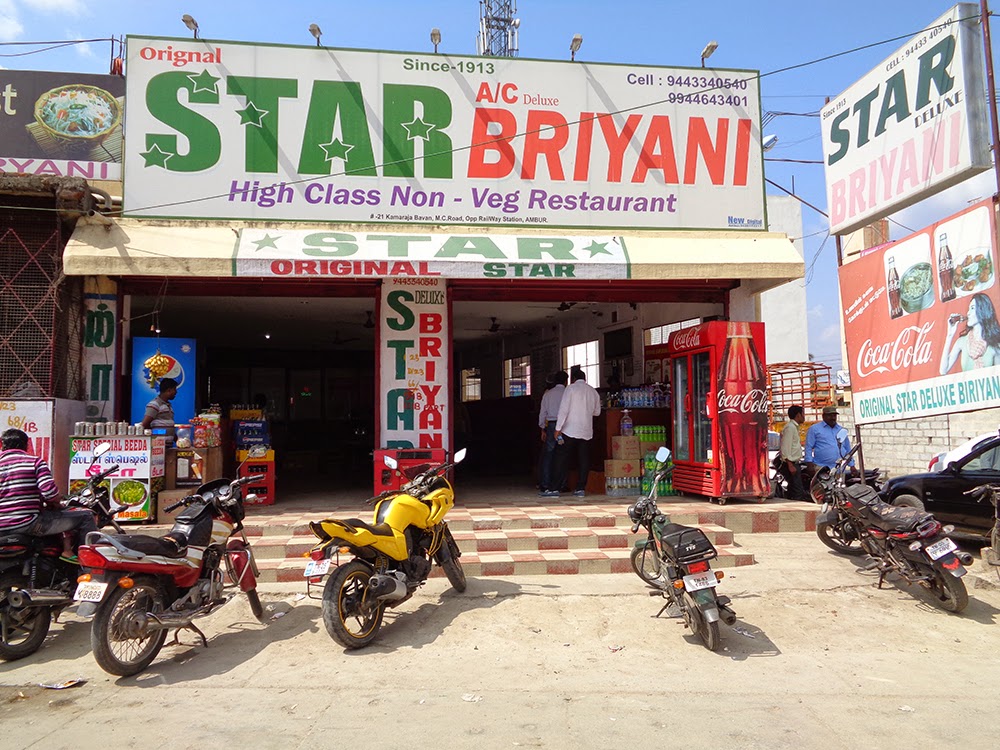 At the first look, you will definitely notice the majority of shops selling shoes but dig a little deeper and Ambur is bound to give you a typical-South-Indian-small-town-Malgudi-days kind of feel. I must mention a couple of Mosques that got my attention considering their outstanding construction for such a small town. By the way, did I mention that Ambur is in Tamil Nadu? So the local language is not Kannada, its Tamil. On a side note, Bangalore is actually situated at the far south of Karnataka and a good long jump from here can actually land you in Tamil Nadu 😀

Before I could realize, it was lunch time already and I so wanted to taste the infamous Ambur Biryani that I went straight into the first ‘original’ Star Biryani outlet and ordered a classic Ambur chicken biryani. They serve food on a large leaf which I assume was a Banana leaf? I am really bad at identifying plants so excuse me there. Biryani was awesome! Surprisingly very less spicy as I don’t (read: cannot) eat spicy food. Actually, Biryani itself is worth visiting Ambur, a funny menu on the wall is complimentary 😁 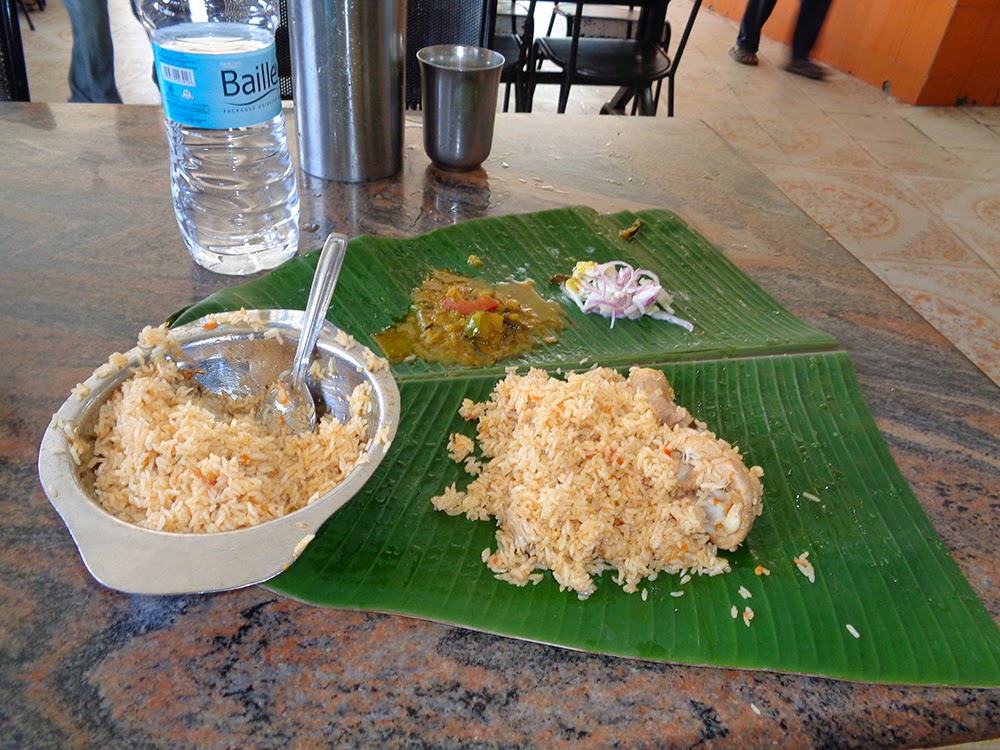 After some discussion with the owner on the origins of Biryani, Ambur and their outlet, I set out for the second agenda item – shopping! Shopping excites me. Almost as much as it excites women. Also, when it comes to shopping, I am super enthusiastic, display super-duper-perseverance and try to be a little smart too and just to give you an idea about perseverance, I can first visit every outlet of the mall twice and start shopping AFTER that! 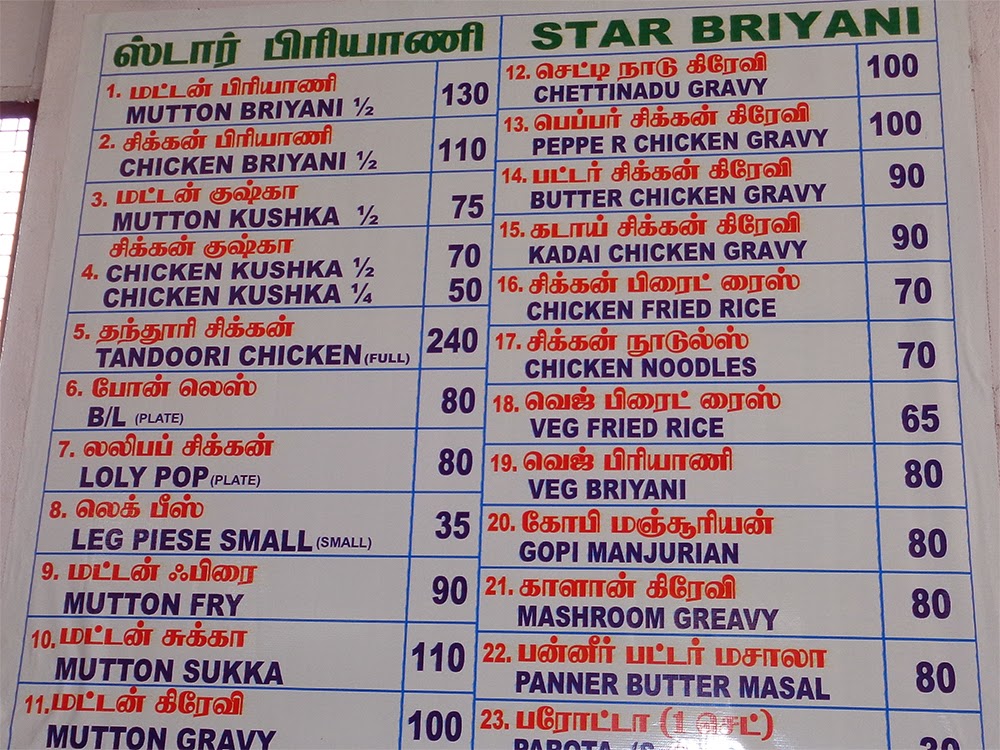 The similar perseverance is needed if you visit Ambur for the first time as you would want to see what is being offered on these outlets, the price, the quality and the kind of stuff being sold. My suggestion would be to keep yourself glued to shoes, the other stuff that I saw wasn’t really worth it except for a very few bags and wallets. There isn’t much for women though. 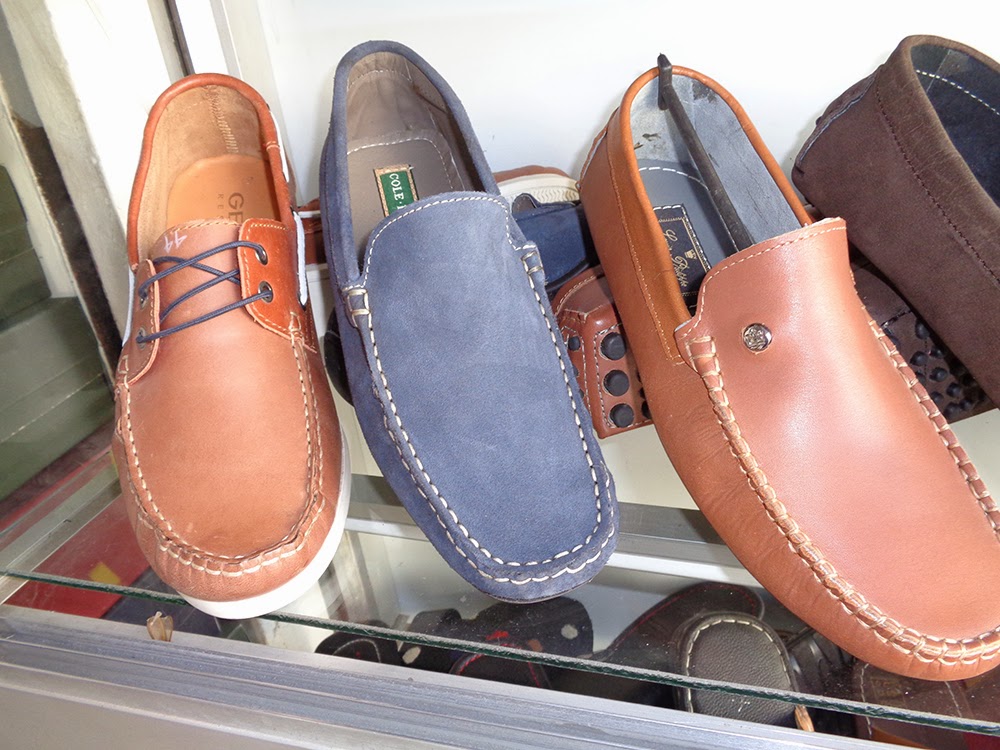 Perseverance aside, the other two things you specifically need for shopping in Ambur are good bargaining skills and Tamil. I considered myself 4 on 10 in bargaining with shopkeepers but I would revise it to 3 on 10 after the Ambur visit 😀 As far as Tamil goes, I would rate myself -1 on 10 with no change post-Ambur 😉 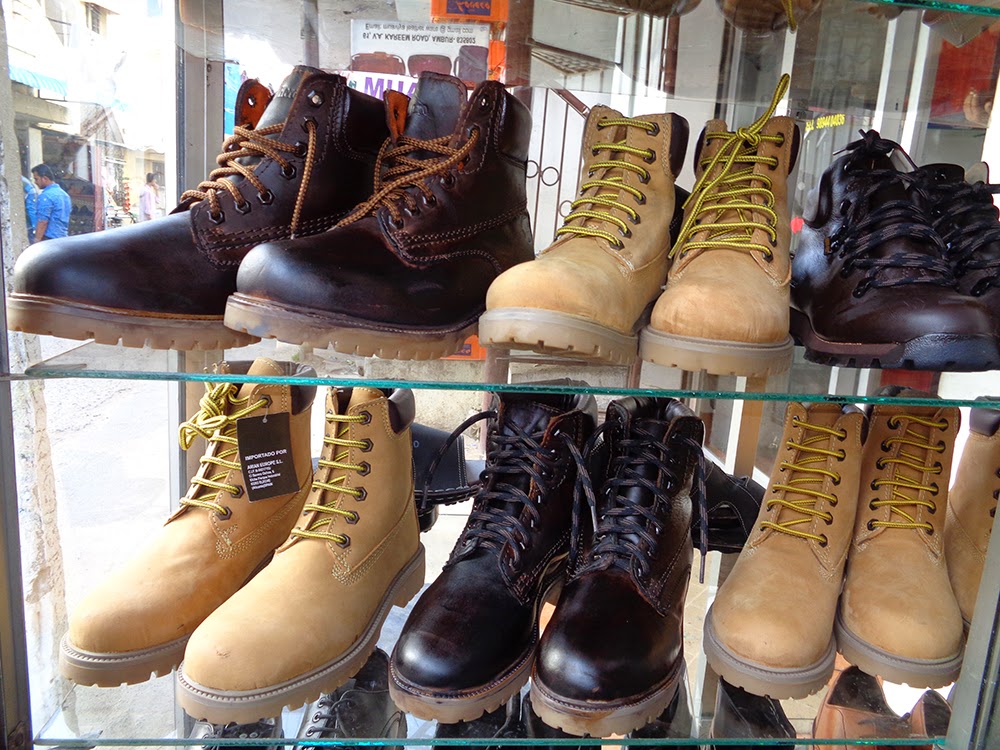 If your scores are like mine then please take someone with better scores along or buy only the stuff you really, really like. Another thing to note is that the sellers aren’t necessarily well versed with shoes, so if you ask for something like double monk strap or brogues, they won’t know what you are looking for. It is thus better not to go in with specific choices rather try to experiment based on what’s available.

Once I was done shopping, I had about 25 minutes left for my train back to Bangalore so I headed back to the station. Carrying my sling bag, a shopping bag, very tired but equally satisfied I boarded the Lalbagh Express, window seat again! 😉 And as the sun set, I knew it was a day well spent eating awesome food, exploring an all new town, doing some shopping and of course to top it all off, traveling by the train!

Bottomline, if you are in Bangalore or Chennai and your idea of a day outing doesn’t necessarily have to be the nauseating roads to hill stations, the tiresome mountain trekking or wildlife animals sighting that requires waking up at 4 am, you should definitely plan a day trip to Ambur for some aimless shopping and tasty Biryani 😊